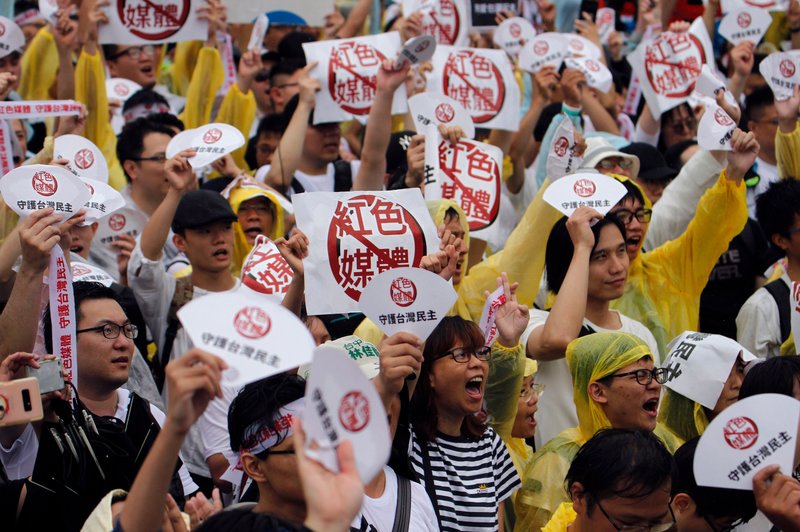 Demonstrators protest against what they called "red media" influence in Taiwan during a rally against pro-China media in front of the president's office building in Taipei on June 23. With a presidential election in January, Taiwan is bracing for a new deluge of disinformation, much of it aimed at boosting Beijing's preferred politicians. Hsu Tsun-hsu/AFP via Getty Images

Eye Central Television is a popular satirical TV news show in Taiwan, with an active social media presence. One day in April, it received a Facebook message from someone using the name Tina Hsu, but this was no ordinary fan.

Hsu's Facebook profile was blank; it had just been created that morning.

And Hsu made a surprising proposition: to buy EyeCTV's Facebook admin rights, taking control of the content shared with its more than 420,000 followers.

At first, the political satire program, reminiscent of The Daily Show, played along. "We jokingly asked for 1.4 billion Taiwan dollars [$46 million]," says show writer Sandra Ho — requesting a number that matches the population of China, she notes.

EyeCTV didn't sell out in the end. Many in the Taiwanese media suspect the proposition and others like it are part of a Chinese state-backed influence campaign. Dozens of Facebook pages in Taiwan have become content mills for Chinese Communist Party propaganda. Taiwan is now the liberal democracy that receives the most disinformation spread by a foreign government, according to a May report from the University of Gothenburg in Sweden.

The stakes for curbing the propaganda are especially high right now in Taiwan, a self-governing island that Beijing says belongs to the People's Republic of China. In January, Taiwan will vote for its president and legislators. Its current leaders are determined to avoid a repeat of the 2018 local elections, which were marred by suspicions of Chinese interference.

But to filter false content, Taiwan faces free speech concerns that other countries, such as the United States, also have encountered.

One of the latest efforts against disinformation is a unique collaboration between Facebook and the Taiwan FactCheck Center. The nonprofit center uses a back-end tool provided by Facebook to track viral, misleading posts and works to fact-check them. Once it does, Facebook alerts anyone who shared the post that it was wrong and includes a link to the fact-check article below the false post.

"Journalists focus on the truth, on describing something that happened. But for us, we want to prove that something has not happened. That's much harder to do," says Summer Chen, the editor-in-chief of the Taiwan FactCheck Center.

The initiative comes as the government is getting tough on disinformation, including steep fines for those caught spreading it.

"It's not only a domestic effort or a [Taiwanese] government interagency effort. There's also an international effort" to ward off Beijing's influence campaigns, Joseph Wu, Taiwan's foreign minister, tells NPR. "Because of the experiences we have, we have also built up some of the most formidable defense capabilities in the world."

In April, Taiwan's broadcast regulator fined a TV station over $32,000 for not verifying an inaccurate news item before airing it. Dozens of individuals have also been fined for sharing harmful, false items on social media.

In June, thousands marched against what protest organizers called the "threats of infiltration" by Chinese Communist "red media" in Taiwan's democracy. Later that month, Taiwan refused entry of a TV journalist from the mainland who allegedly broadcast misleading reports. Regulators are currently discussing blocking video-streaming sites run by Chinese companies Baidu and Tencent from broadcasting in Taiwan.

No name, no location

There's a central challenge for regulators: Most disinformation coming into Taiwan is through anonymous, hard to detect social media accounts.

Last year, when Taiwanese officials were falsely accused of abandoning Taiwanese tourists stranded by Typhoon Jebi in Osaka, Japan, the story was first spread by an anonymous user on PTT, a messaging forum popular in Taiwan. Within a day, several Taiwanese evening talk shows had picked up the item. Furious residents heaped criticism on the Taiwanese government's representative in Osaka, Su Chii-cherng.

He killed himself soon after, reportedly leaving a note that said he had been troubled by the news.

Researchers say some of the misleading material, including a doctored image, shows signs of being created in mainland China.

Tracing influence campaigns back to Beijing is difficult though, says Audrey Tang, Taiwan's digital minister. Social media users and hackers can use software to conceal their location.

One giveaway on Twitter, Tang says, is when users in mainland China are able to access the site, normally blocked by China's Internet firewall, without help from such software.

Shen says one tactic he sees is an online "subliminal attack" to sway voters. Hundreds of hackers search one candidate's name over and over again to slant search engine algorithms toward displaying their results more prominently than other candidates'.

"It's not really hard to do that," Shen says, pointing to Chinese-run apps like short video platform TikTok, now under U.S. investigation for collecting American user data, and messaging app WeChat. "[China] has all these marketing groups' online shopping apps which can easily collect private information on citizens in other countries."
China's influence efforts have advanced rapidly since the last Taiwanese municipal elections in 2018. Some messages stood out because they used mainland Chinese text, written in a simplified alphabet, in contrast with the traditional characters used in Taiwan, researchers say. Now, disinformation posts written in fluent Taiwanese slang are shared through private social media channels rather than publicly.

Cédric Alviani, the head of Reporters Without Borders' East Asia bureau in Taipei, warns that coercive measures against media, including fining news outlets, are counterproductive: "By doing this kind of thing, the Taiwanese authorities are actually doing the exact same thing as they criticize," he says. He's referring to how Taiwan is using top-down methods to control undesirable speech comparable to what China's Communist Party does.

Alviani advocates for allowing people and outlets to dispute their fines or revoked credentials.

He also says Taiwanese media need more funds to pay for good journalism, rather than rely on social media for news.

"People don't trust so much their media because the line between the media and entertainment is very blurred in Taiwan," Alviani contends. "[Outlets] have an undue pressure to generate audience to their articles."

Government officials say they are aware of concerns that the disinformation crackdown could hinder freedom of the press and expression.

"I think when people still remember the martial law like I do, we just don't want to go back there," says Tang, the digital minister.

The former authoritarian government enforced martial law for almost 40 years until 1987. Tang says her parents were journalists and had to work under censorship during that period.

As the government passes tougher legislation to protect Taiwan, it risks affecting the civil liberties Taiwanese have enjoyed for three decades.

"Maybe it's impossible to legislate social media," concedes Ketty Chen, vice president of the government think tank Taiwan Foundation for Democracy. "As democracies, a challenge we often face is how you can legislate an individual's right to expression and the freedom of media [and] freedom of journalists to report, to investigate." 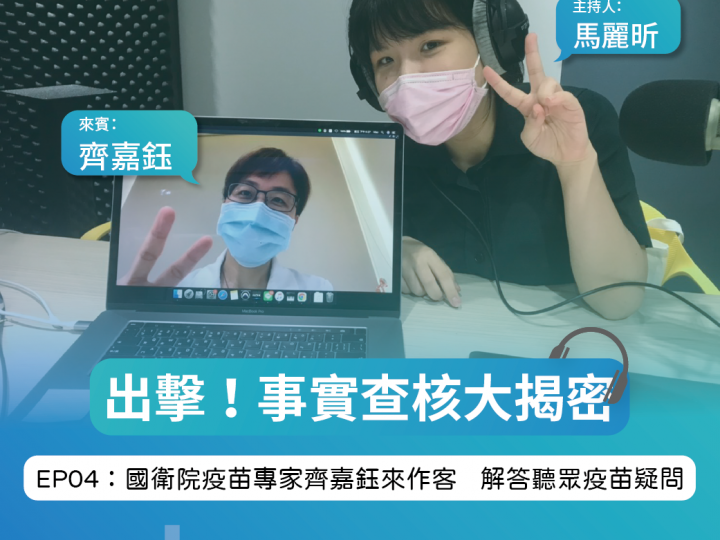 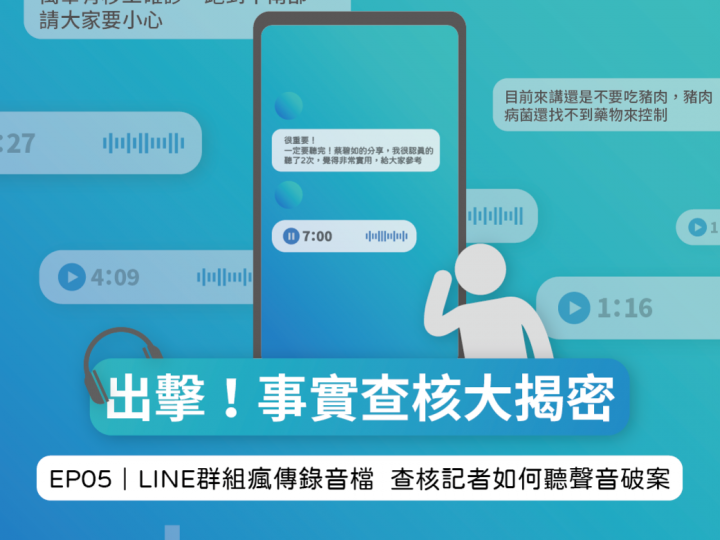 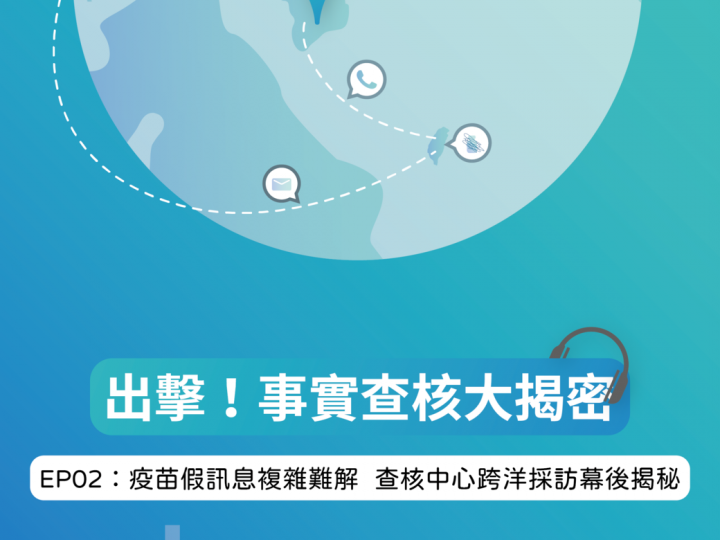 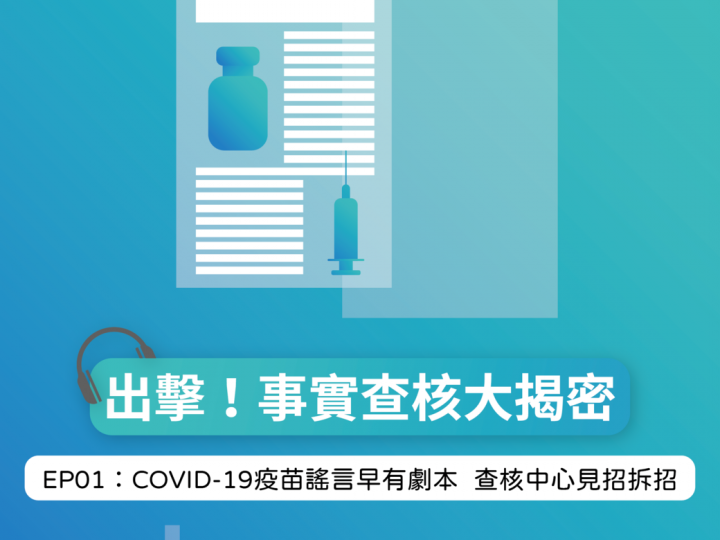 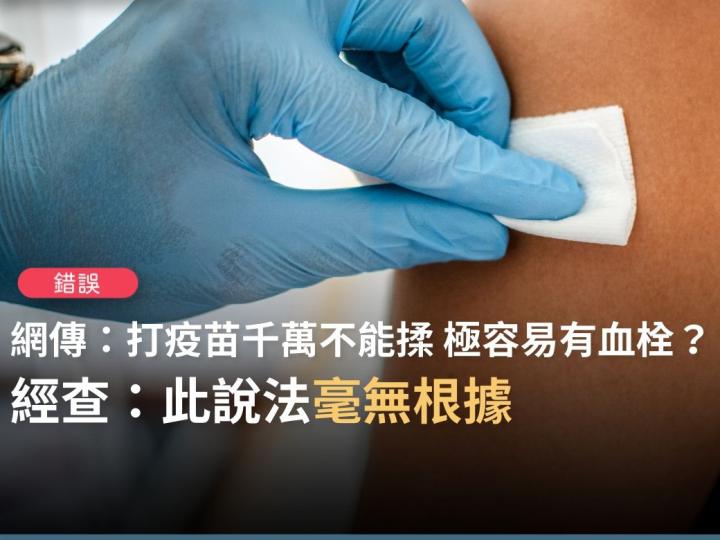 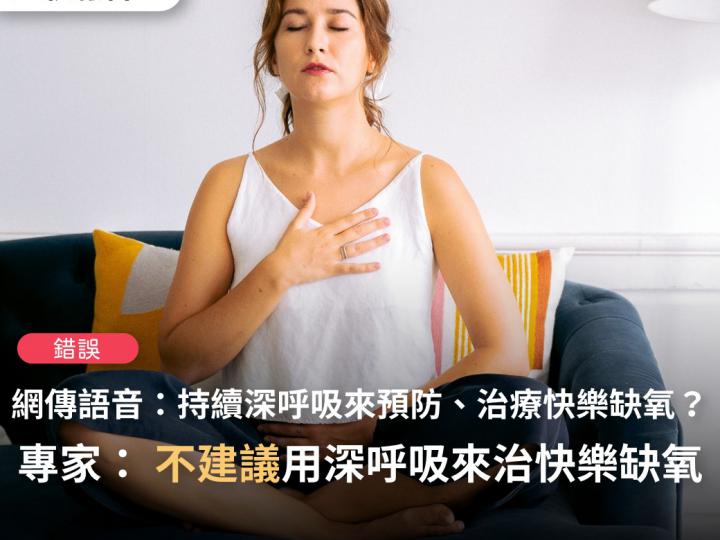 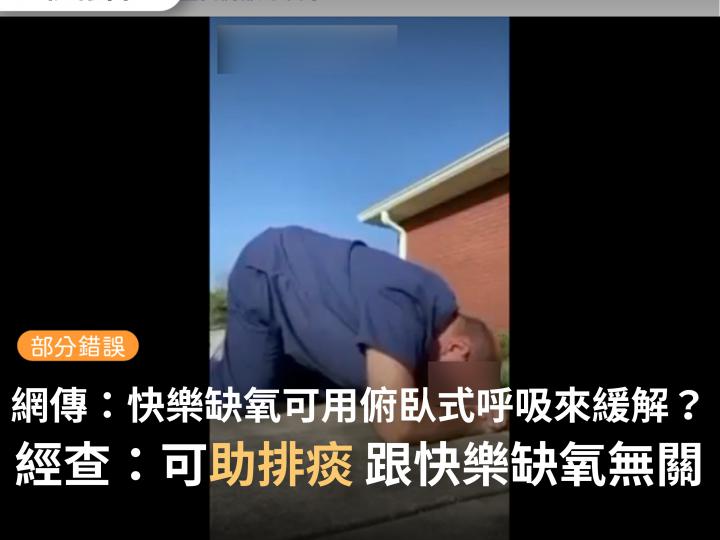 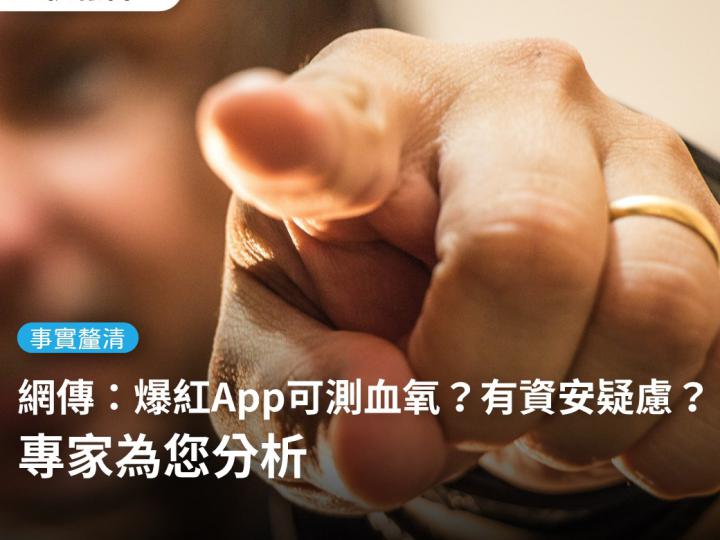 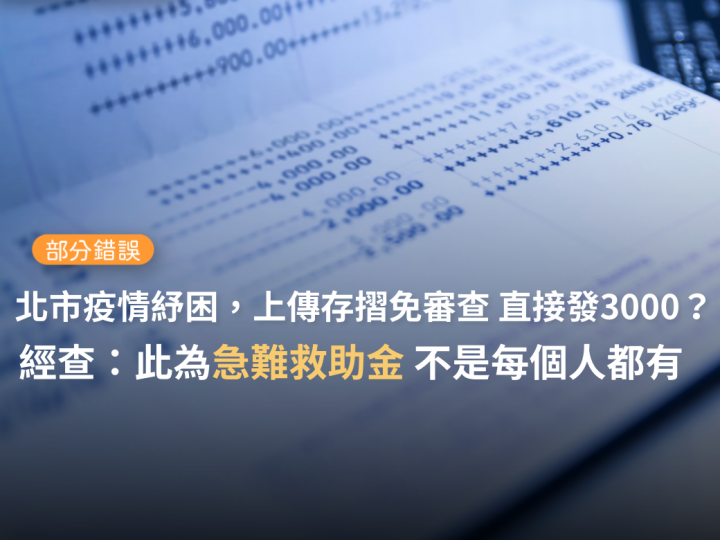 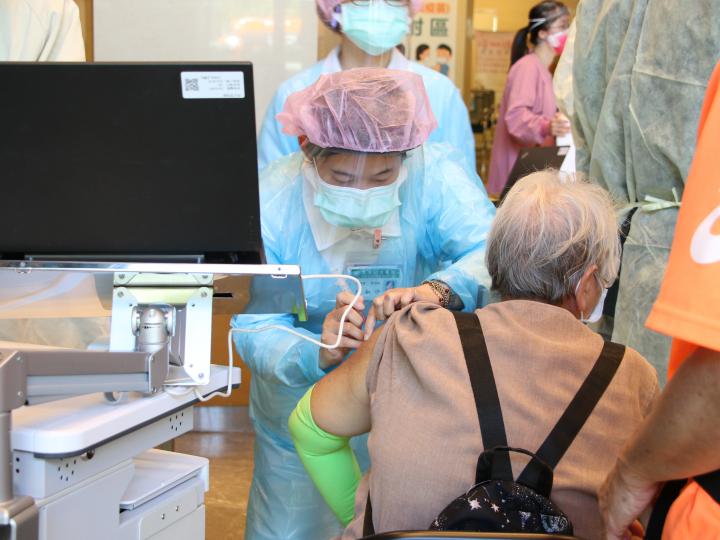 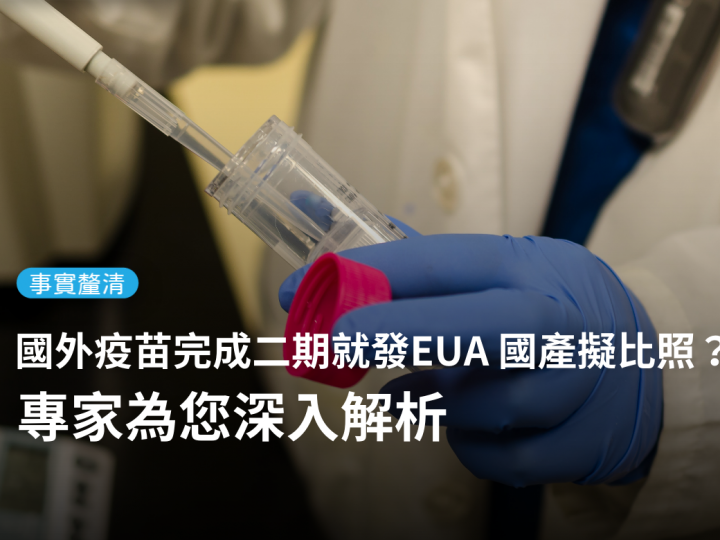 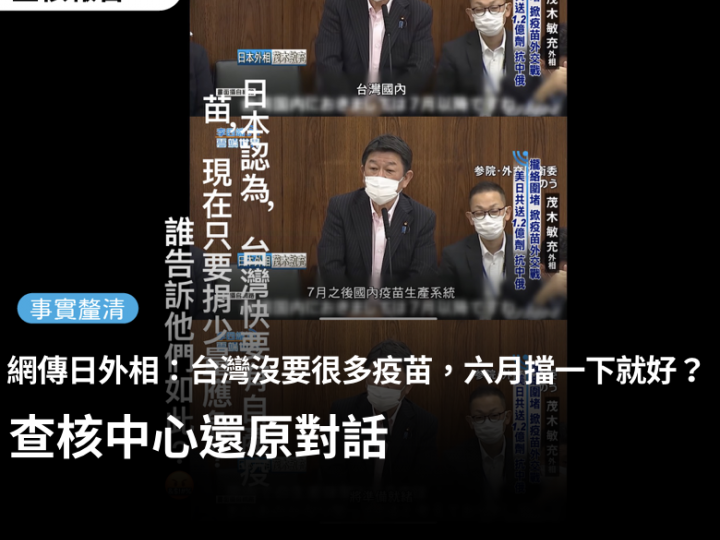