Elections-Triggered Disinformation on the Rise as Elections near

Elections-Triggered Disinformation on the Rise as Elections near

Since early September, there have been at least several major waves of disinformation that could be seen as seeking to discredit public officials and the incumbent administration. One of the malicious rumors was a post on a local electronic public forum about the airport's COVID-related disease control measures. The post distorted and made exaggerations of the original story about people waiting for hours for quarantine taxis at the airport, claiming that “a person tested positive for Covid-19 had infected at least 500 people.” 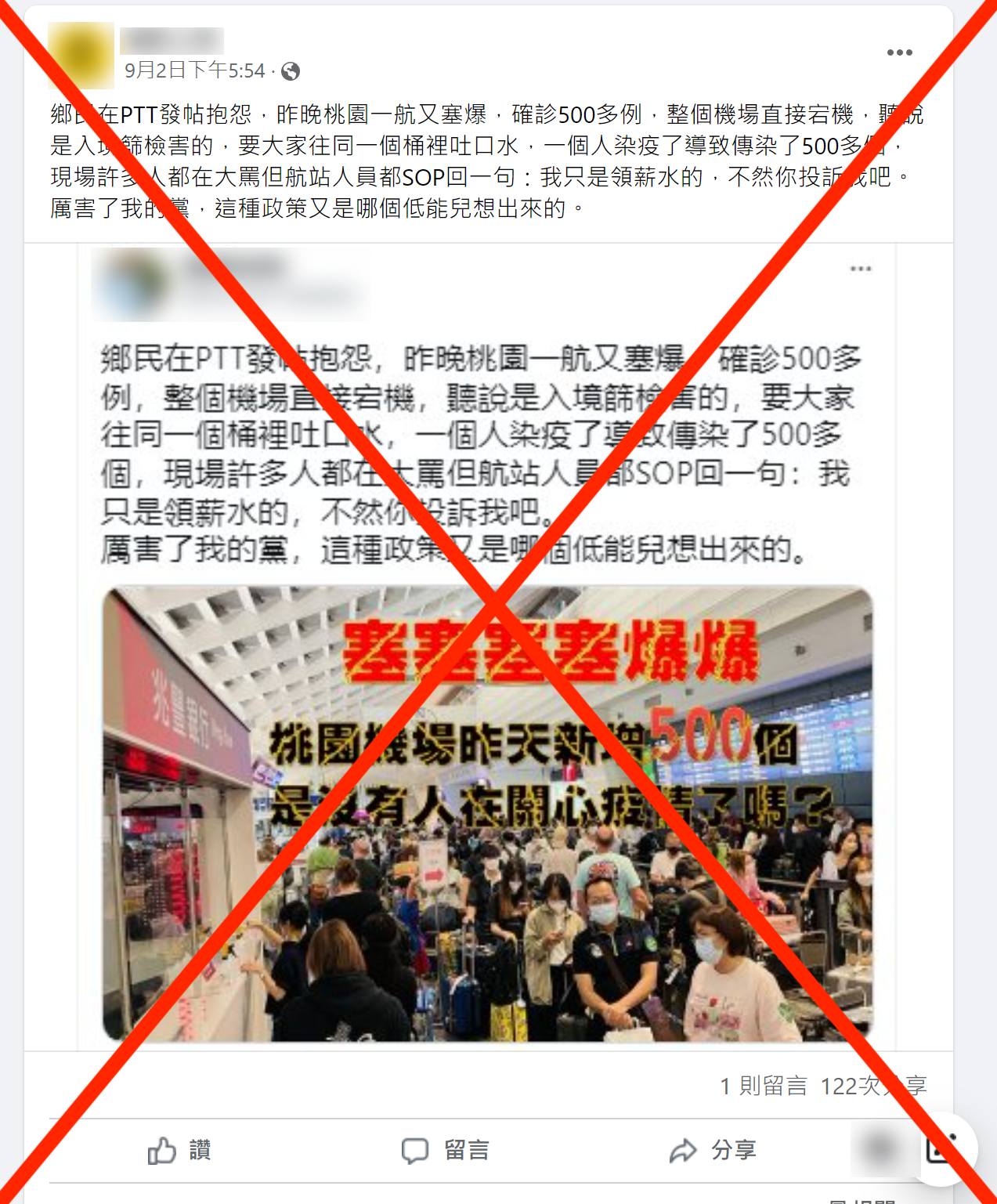 The post about the airport's COVID-related disease control measures was originally from a local electronic public forum, claiming that “a person tested positive for Covid-19 had infected at least 500 people.”

Another rumor spread in the same week as the airport post was one involving a news report about a man beating his grandmother to death and lamenting that the older people now should “take good care of themselves on their own.” With a caption calling the ruling government a “depraved regime,” the message quoted the said news, falsely interpreted it, and accused the prosecutors of defending the perpetrator by stating that the death was simply caused by the old woman’s “inability to stand the beating.”

Defense-related fake messages, the spreading of which have been ongoing since the Chinese military exercises in August, were also spotted, such as a message in simplified Chinese claiming “Taiwan is borrowing money from the US to buy weapons” and a US White House press briefing video misappropriated with totally unrelated and false subtitles, again in simplified Chinese, saying that President Tsai Ing-wen would “flee to the US when China reclaims Taiwan.”

Other politically motivated disinformation tactics included using video footage from the 2020 “Autumn Struggle” – Taiwan’s annual major labor demonstration – and falsely claiming it to be a demonstration of retired police officers that “no mainstream media outlets had reported,” or using the same footage and saying it was a recent labor demonstration against the incumbent president.

There was another political rumor shared on Facebook and LINE application that was particularly baseless, in which it was said that President Tsai Ing-wen had physically “wrestled with Vice President William Lai” during the former’s birthday party and that it was the escalation of the long-existing rift between the two.

The TFC has fact-checked and debunked all of the said messages with thorough investigations. 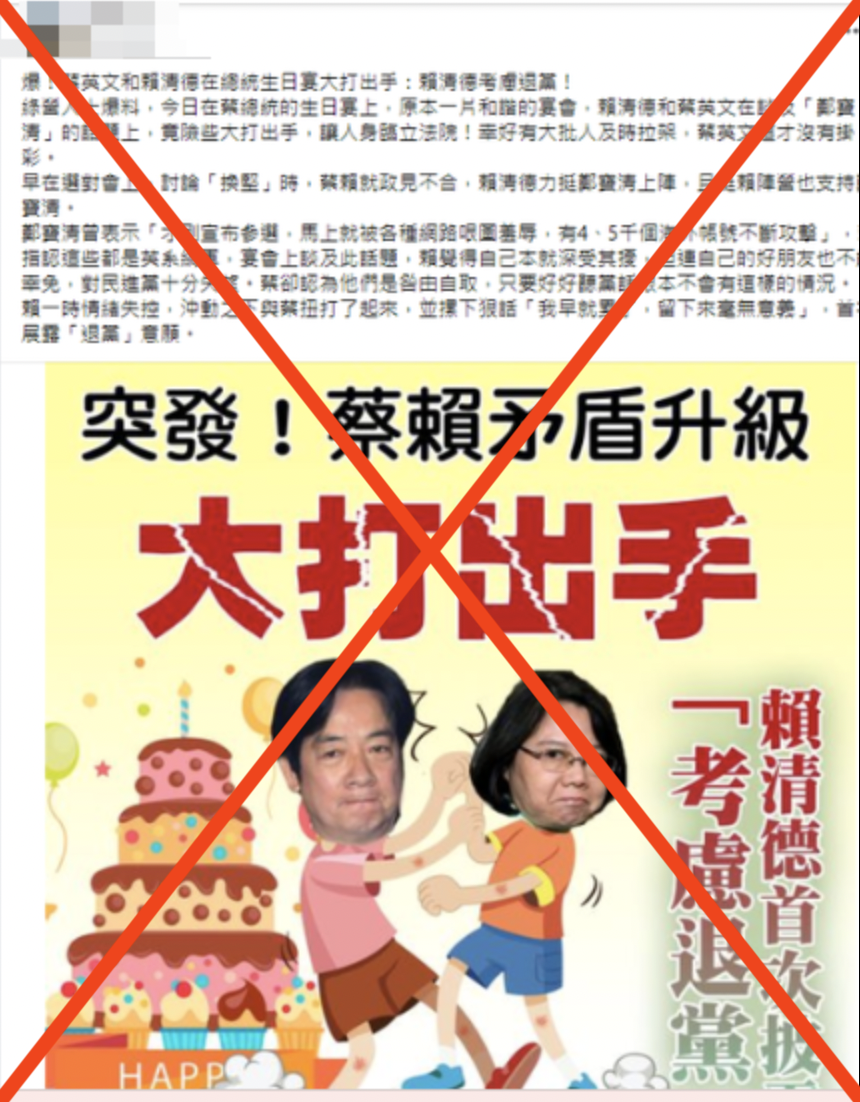 Politically-motivated disinformation to whip up discontent and arouse emotion

The politically-related fake news that the TFC has debunked was creative in its fabrication. They could be a total fabrication, misappropriation of video footage, distortion of social media posts, or exaggeration of news reports, and they all harbor the aim of inciting anger and negative sentiments.

Cautioning the readers against messages with questionable or unknown sources, the TFC has encouraged the public to share those messages with the TFC’s LINE chatbot to fact-check them. The TFC has also created a special section on its webpage dedicated to the 2022 nine-in-one elections for readers to strengthen their media literacy about the elections.