The doctored photo provided by the Xinhua News Agency during the PLA’s military exercises to the Associated Press earlier last month has been removed from the AP’s photo archive, according to a local news media.

The photo was used by various reputable international media outlets and has since not been withdrawn or replaced, which the Taiwan FactCheck Center believes shows that the world is relatively unsuspecting of Chinese propaganda and disinformation campaigns when compared to their wariness of Russia.

A recap: what happened

China launched a series of live-fire military drills in early August in retaliation for U.S. House Speaker Nancy Pelosi’s visit to Taiwan, with some considering this time’s saber-rattling more serious than the 1996 Taiwan Strait Crisis.

Amid the drills, a photo released on August 6 by China’s PLA - showed a PLA member looking through binoculars during the live-fire military exercises as Taiwan's frigate Lan Yang is seen at the rear and Hualien’s Heping Power Plant in the further background - was highly contentious.

As it tried to forge the image of Taiwan being closely threatened, Taiwanese netizens were also quick to point out many questionable details of the photo, such as that the PLA member in the photo was without a life vest and the strange proportion of the objects relative to each other.

The photo was then followed by a satellite image, released by a Chinese civilian satellite company, claiming the Chinese destroyer Nanjing, the warship reportedly on which the PLA member took the photo, could be seen in the satellite image and was merely 11 kilometers away from the Heping Power Plant, or within Taiwan’s territorial waters (which is defined as extending 12 nautical miles or 22 kilometers from the coast).

While both images were later debunked, the disinformation campaign and that China’s frigates, according to reports, had come as close as to 24 nautical miles (about 44 kilometers) off Taiwan’s coast, had successfully made their psychological impact on the Taiwanese public and incited heated altercation among Taiwanese over the authenticity of the PLA photo.

Why the TFC took the initiative to fact-check the photo

The TFC editorial meeting on August 8 had a discussion on whether to fact-check the PLA photo. A worry was voiced that as the Chinese military drills this time were indeed “closer to Taiwan’s coast” than before, fact-checking the photo could risk giving the false impression of playing down the urgency. Another opinion was made saying that the reason why the PLA used a possibly fake photo for propaganda was precisely to intimidate the Taiwanese people.

The meeting in the end made the decision to fact-check the photo. The TFC reporters immediately started to contact specialists in different fields, making sure that the photo was debunked on the basis of evidence from a wide array of perspectives. The TFC effort culminated in a detailed fact-checking report on the photo. 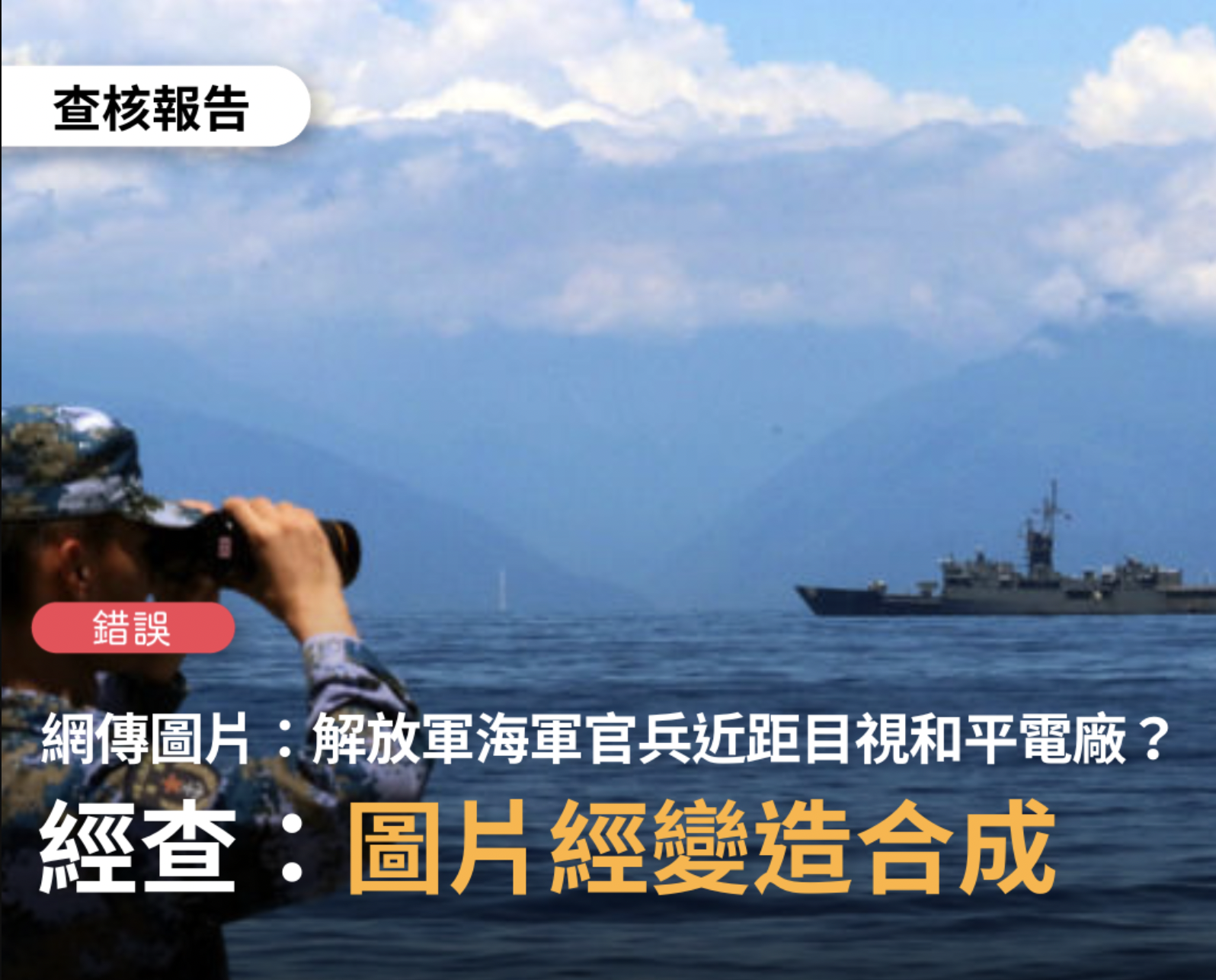 Image: Taiwan FactCheck Center's fact-check on the controversial photo of a PLA member looking through binoculars during the live-fire military exercises

The AP on August 11 issued an advisory saying that since “the AP didn’t take the photo and doesn’t have access to its source files,” it could not authenticate it. A local news outlet on September 6 reported that the AP has removed the photo from its photo archive.

However, the TFC found that many news articles, including those of the AP itself, DW, and Der Spiegel, are still carrying the doctored photo.

This incident has raised a red flag over how Beijing has managed to use its state media to spread its propaganda, which has been unhesitatingly accepted by the global media. The TFC’s report is an important effort to raise global awareness of authoritarian China’s disinformation campaign.