On Feb. 24, the day Russia launched a full-scale invasion of Ukraine, we received an email from the Spain-based fact-checking organization, Maldita.es.

It came in several simple lines: “be prepared for the spread of disinformation. We need to join hands together as there is always strength in numbers.”

That was it; a global frontline in combating disinformation concerning the Russian-Ukraine war was formed, and the Taiwan Fact Check Center (TFC) is one of them.

Founded in April 2018 by a group of scholars and experts, TFC is the first International Fact-Checking Network (IFCN) verified fact-checking organization in the Chinese-speaking world.

The NGO is also closely working with Meta Platforms, Inc., LINE Taiwan, Google, and other social media platforms with the aim of fact-checking widely circulated claims over the internet and false news.

TFC upholds International Fact-Checking Network (IFCN) guidelines to be nonpartisanship and fair by not accepting funding from any political party or from the government. 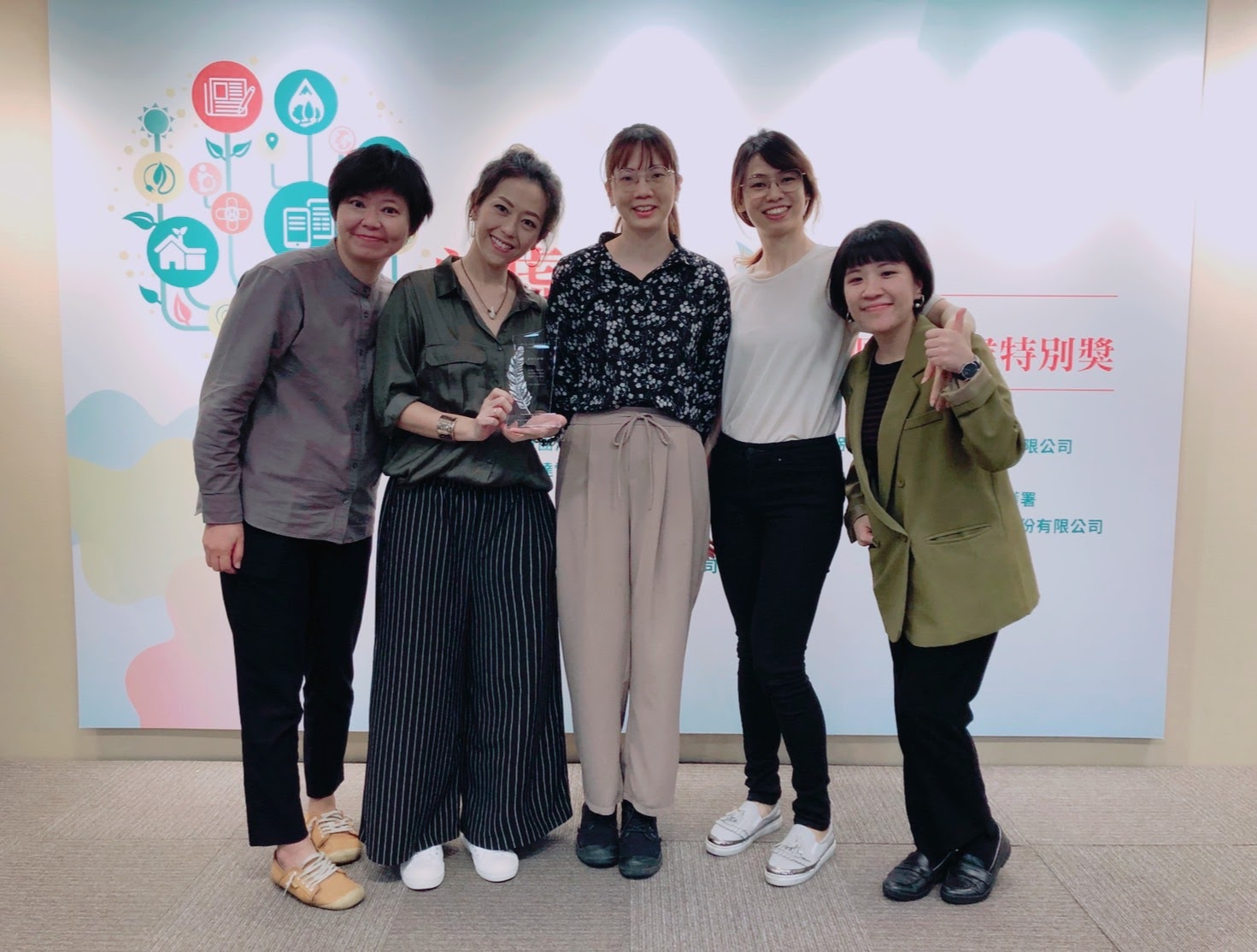 We now have 14 staff, including nine fact-checkers and two employees responsible for promoting media literacy and fact-checking skills.

Amid the Russian invasion of Ukraine, Taiwan, which has long been under Chinese coercion, is closely watching the situation there despite the long distance between Asia and Europe.

As a Taiwan-based fake news gatekeeper in the Chinese-speaking world, TFC has witnessed firsthand disinformation concerning the Russian-Ukraine war being spread and observed how Moscow is conducting its cognitive warfare.

By working closely with the world’s best fact-checkers, TFC’s fact-checkers have continued to boost its fact-checking capabilities. Most importantly, we have seen how the world united as one to jointly safeguard the truth amid the war.

In June, TFC held a three-day online forum entitled “Three lessons from the War of Ukraine.” We invited renowned digital investigator Jane Lytvynenko, a senior research fellow at the Tech and Social Change project, Shorenstein Center, Harvard Kennedy School; VoxCheck, an independent non-profit fact-checking project in Ukraine; and Maldita.es, to share their experience in the field with us. 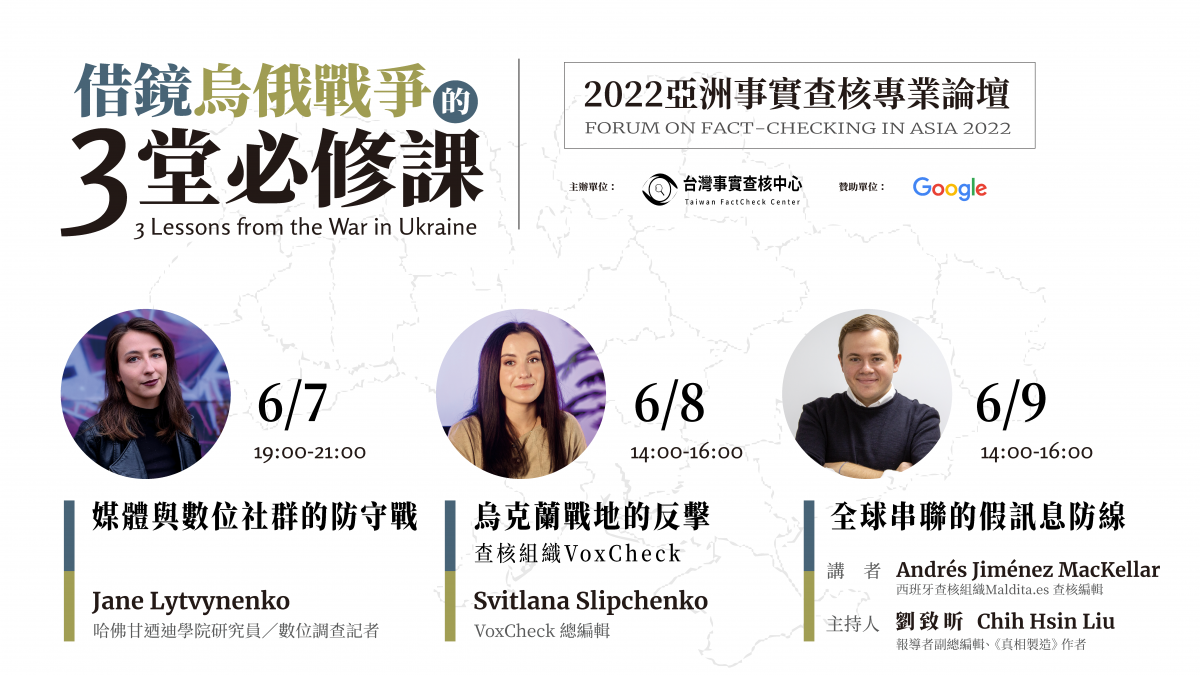 A poster of the three-day online Asian Forum hosted by TFC from June 7 to June 9, 2022.

For a period of three days, with each session lasting two hours, each session was joined by 150 to 180 participants online, most of them are middle school teachers, scholars, researchers, officials, and concerned citizens.

During the session where VoxCheck shared its eight-year-experience in combating disinformation campaigns launched by Russia, we learned how they managed to maintain a small but strong independent fact-checking team despite the ongoing war to provide timely clarifications and to crack down on rumors for the benefit of its people. 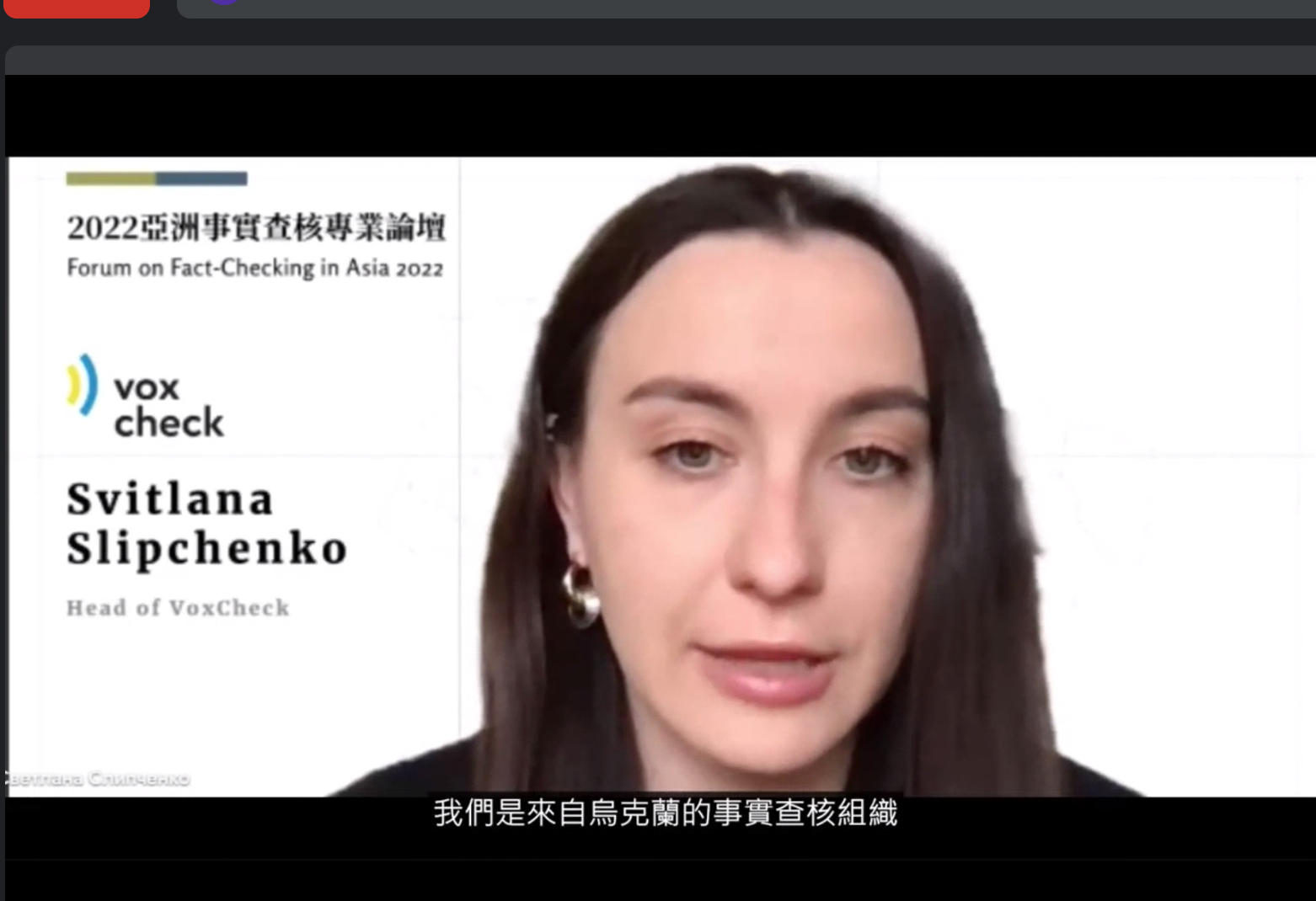 Svitlana Slipchenko, the head of VoxCheck, joined the forum remotely from Kyiv to share how VoxCheck worked during the war.

Maldita, meanwhile, shared with us its innovative approach in fact-checking, in particularly by combining fact-checks from around the globe into one single visual map, less than a week after the Russia-Ukraine war broke out.

Lytvynenko shared her observations on how Ukrainian civilians and digital investigation groups collect evidence on Russian conducting crimes against Ukrainian people, during her session.

While they were sharing their experiences in combating disinformation during the online forum, they were hoping that Taiwan would never have actually put this shared knowledge into practice.

Unfortunately, due to U.S. House Speaker Nancy Pelosi's Taiwan trip, leading to China’s unpreceded military drills around Taiwan and elevated cross-Strait tensions, we have been witnessing a surge of disinformation online initiated from the Chinese side from late July to early August.

It is exactly because of those things we learned from the Russian-Ukraine war concerning combating disinformation that we are able to more swiftly crack down on this fake news and misinformation during that period of time.

With the shifting of focus from the war in Ukraine to the cross-Taiwan Strait tension, TFC has since been warmly greeted and supported by our counterparts around the globe.

Among them, VoxCheck even interviewed us to learn from our first-hand observation of China’s disinformation campaign and compared it with Russia’s campaign.

It is our job as an international fact-checking organization to provide citizens with accurate information and debunk those fake ones. With the recent cross-border cooperation in this regard, we have come to realize that we are one big fact-checking family aimed at safeguarding the truth around the world. 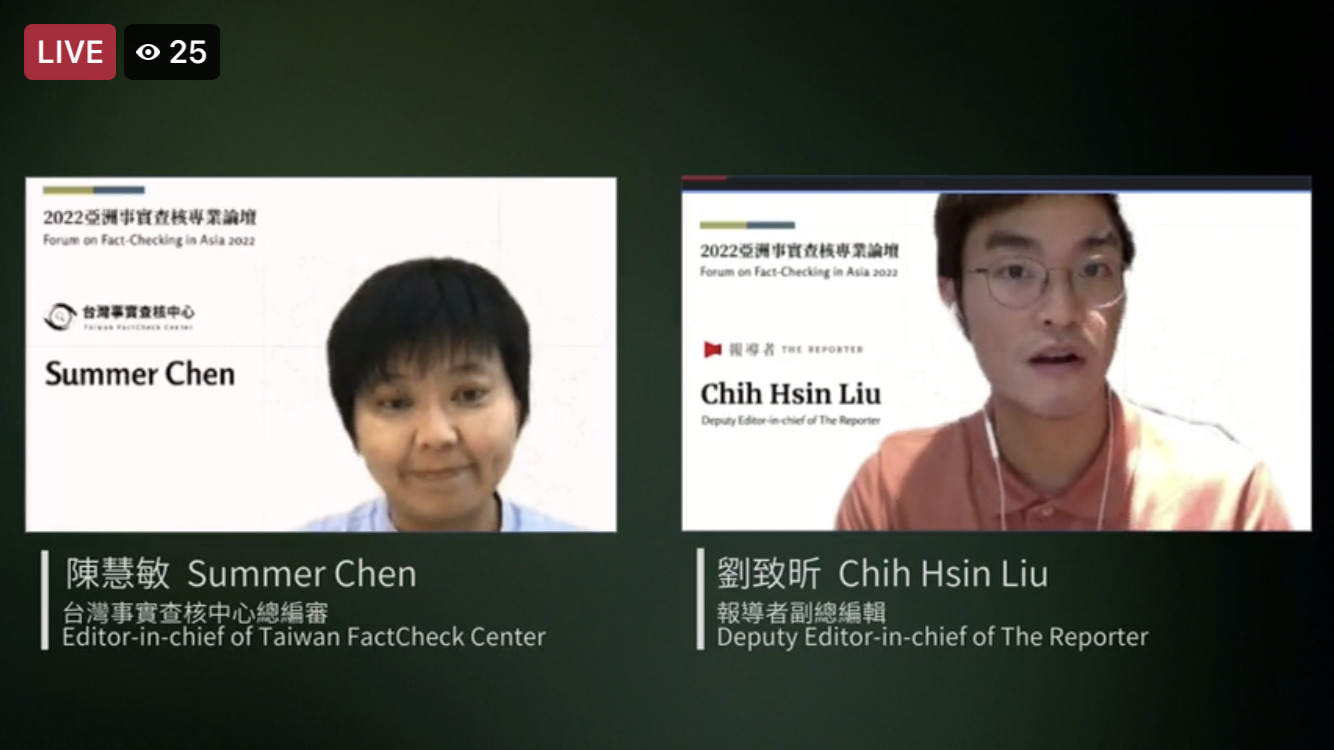 Summer Chen (left), the Editor-in-Chief of Taiwan FactCheck Center is the organizer and moderator of the Forum on Fact-Checking in Asia 2022.

*Summer Chen is the Editor-in-Chief of the Taiwan FactCheck Center.