This year’s verification contest saw hundreds of young people aged between 15 and 24 participate, honing their verification skills and teaming up to win a grand prize in the final battle. There were four stages in the contest, the first and second of which involved fact-checking tutorials and the sharing of fact-checking and misinformation-busting experiences and examples from seasoned professionals. The third required participants to form teams and battle in their respective language zones, and the respective winners then went into the final APAC-region-wide live verification battle.

Chen Bo-hung (陳柏宏), Hu Bing-chun(胡秉純), and Yeh Yi-hsin(葉宜昕) were classmates from Hua Jiang Senior High School, where they learned verification techniques in a civics class taught by a teacher who found fact-checking indispensable for being a citizen today. 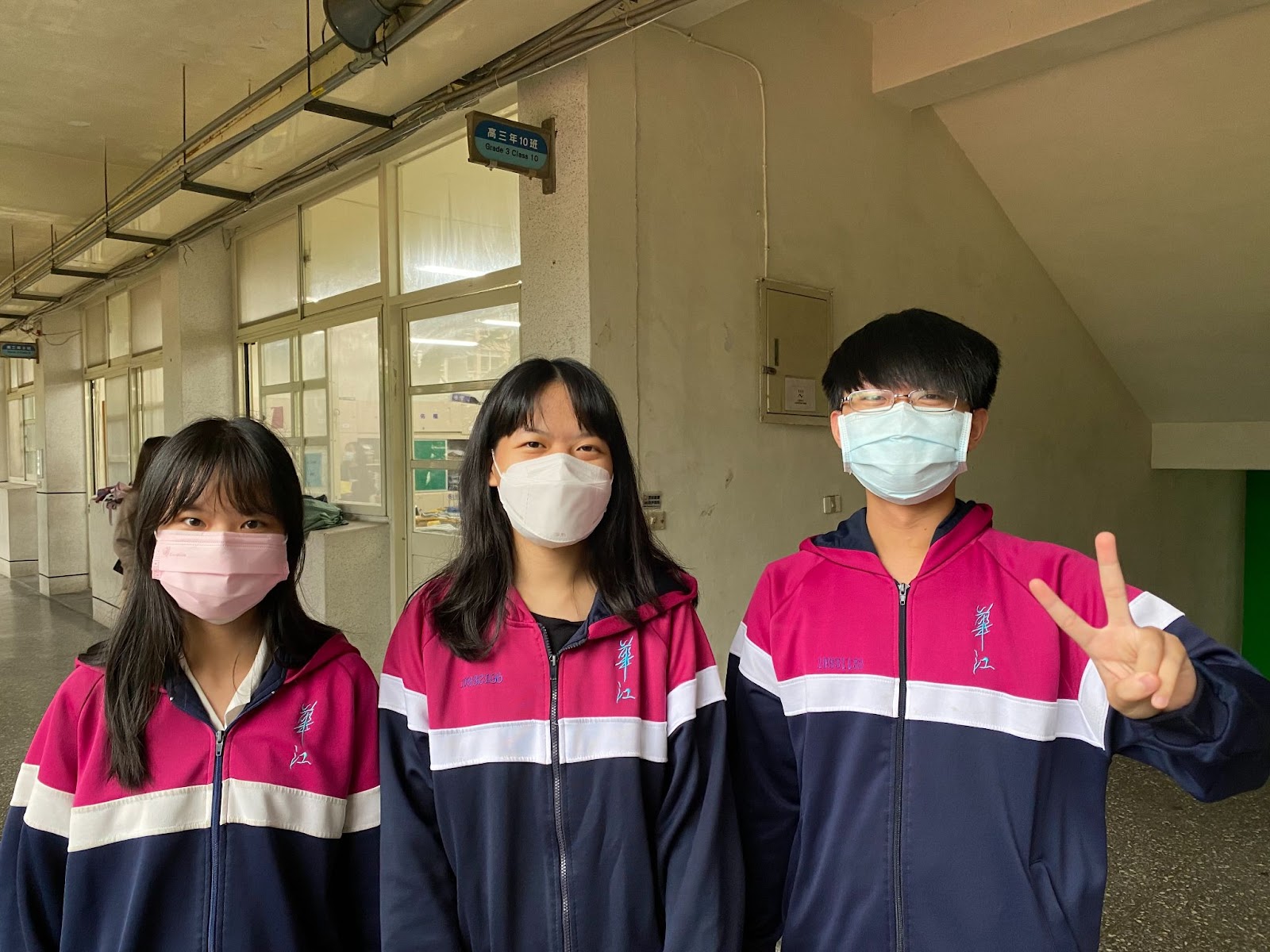 Chen, Hu, and Yeh joined the game as they were inspired by their civics teacher, Lin Szu-ling (林思伶). The civics class presented to the students various digital verification tools, including using Google Maps to locate a certain place in a photo or even “traveling back in time” on Google Street View. It was also in the same class that they learned how to search by images on Google Images.

Out of around 500 participants in the Mandarin-Chinese zone contest, more than 80 were from Hua Jiang Senior High School. Lin’s teaching effort was clearly recognizable.

“In our class alone, at least four teams, including us, joined,” said Hu.

Lin integrated media literacy with fact-checking in her teaching. She was also one of the educators that shared how they taught fact-checking in school in a workshop held by the Taiwan FactCheck Center.

Chen, Hu, and Yeh’s team won third place in the Mandarin-Chinese zone and the entry ticket to the final Asia-Pacific-wide contest.

Lin was excited and amazed by her students when she heard the trio won third place in the contest. She also watched the live-streamed final battle to witness the students’ effort.

“I taught them very basic techniques and methods, and they were able to win third place,” Lin said. “The questions in the challenge were hard. Their ability to learn and the techniques they acquired have surpassed my imagination. I’m very proud of them.”

Participating while Communicating via LINE

Inspired by the civics class, Chen, Hu, and Yeh registered for the contest to deepen their verification knowledge. They said they learned new techniques during the eight tutorials, such as Google search operators, InVID tools, and how to check the posting time of social media platform posts.

The team found the questions in the Asia-Pacific-wide contest particularly difficult. That was not the only hurdle though. On the day of the final contest, as they were connecting to the contest separately from each of their places, they were talking via LINE on the side. Their computer and laptop screens were all full of windows, and Yeh’s Internet was at one point disconnected.

“The final contest was really hard, with so little time… I felt that half of the time had already passed just after posting the web address from the question,” Chen said.

“The challenges of the third chapter (the Mandarin-Chinese zone contest) were with bigger image clues, which were easier to find. But in the fourth chapter (final battle) they became really small,” said Hu. “Even now I’m still not sure how to solve some of the questions.”

The three all considered disinformation a crucial social issue to be faced squarely.

“The disinformation problem is not serious around my friends,” said Yeh, adding however that medicine- and politics-related disinformation is apparently everywhere as shown on the news.

For example, her grandma once shared a piece of disinformation about helicopters spraying disinfectant in a family chat group, which was quickly recognized as fake by a cousin of hers.

Chen also found the disinformation problem serious particularly because it involved a wide range of issues. Covid financial relief scams were a category of disinformation he received often, and there were also “content farm” articles that tried to sway how people vote. These all made him feel the necessity to fight disinformation at different fronts.

The verification tools to fight disinformation can be used for everyday life as well, they said. Google Images, for example, can be used to compare prices of a certain good by searching for the same image, Chen said, while Yeh believed verification skills such as Google Search Operators could help her locate the information she wants more precisely.