The Taiwan FactCheck Center (TFC) announced the launching of the “Taiwan Media Literacy Education Initiatives” project in November 2021. The project is generously supported by Google.org, the charitable arm of Google, which made a US$1 million donation in September to the TFC for the latter to work with its domestic fact-checking ecosystem partners, including local community colleges, on a three-year digital literacy and media literacy education program. 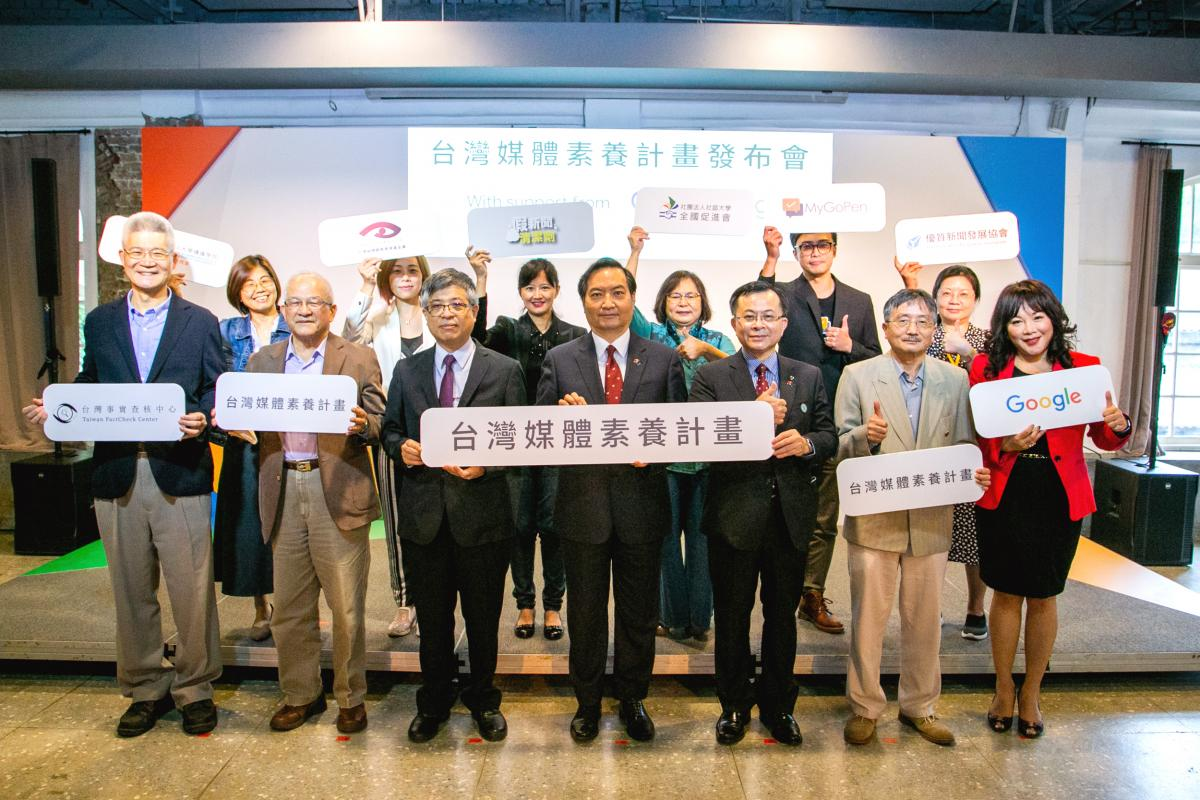 Taiwan has an aging population, with more than 3.8 million people aged 65 or over out of 23.5 million, and various studies have shown that senior citizens are more susceptible to false information and lacking the ability to fact-check.

A recent survey done by Google found that more than 80 percent of the Taiwanese people aged between 18-69 (out of the 1,000 polled) said they had once received “messages with disinformation” and agreed that the phenomenon has brought negative effects on the society. About 93 percent of the polled believe that “media and digital information literacy” is crucial for modern society, but only less than 10 percent had ever participated in media-literacy enhancing activities. The gap indicates the urgency and necessity for more accessible and wide-reaching media literacy education.

Taiwan FactCheck Center, the first internationally certified fact-checking organization in Taiwan, has since 2020 been legally registered as Taiwan FactCheck Education Foundation (TFEF). The Foundation’s educational department aims to team up with both foreign and local groups, via both online and offline activities, to empower Taiwanese people of all age groups in different parts of Taiwan against false information.

With the generous aid of Google.org, the three-year Taiwan Media Literacy Education Initiatives project has been launched. The Foundation as the leading coordinator for the project has formed a “fact-checking ecosystem” that includes the National Association for the Promotion of Community Universities, Fake News Cleaner, Media Watch, the Association for Quality Journalism, MyGoPen, and the Center for Media Literacy in Taiwan, National Cheng-Chi University.

The ecosystem partners are either disinformation-responding NGOs (Fake News Cleaner started their face-to-face public presentations out of the fear for the harm disinformation is doing to society, while Mygopen was founded by a group of engineers and volunteers hoping to help bridge information gap by debunking fake news) or education institutions and networks that have long been working for better journalism and media literacy strengthening (NAPCU, AQJ and Media Watch), having expertise and experiences in different means of media literacy education. They are each to design their own programs independently and collaborate on the execution. The target groups of the initiatives are the digitally disadvantaged such as senior citizens, remote-area residents, aboriginal people, and new immigrants.

The Initiatives is expected to hold more than 600 workshops, seminars, classes, speeches, and grassroots activities. More than 700 educators will be trained and more than 23,000 target students helped to have their media literacy and “immunity” against disinformation upgraded. Other events include campus screening tours for documentaries of relevant themes, learning materials designing, and podcasts and short films launching to further broaden the impact and reach of media literacy around the country.