Since the beginning of the Russian invasion of Ukraine in late February, fact-checking organizations around the globe have cracked down on thousands of fake news and hoaxes spreading online as part of their joint efforts to contribute to the battle against disinformation campaigns.

After reviewing these false claims, we have come to the conclusion that one common goal of such campaigns is to attack the credibility of the media.

In doing so, fake news spreaders are meant to discredit mainstream media and fact-checking organizations so that readers and viewers will no longer trust these credible news sources.

One example of accusing mainstream media of spreading fake news is a rumor that has recently been debunked by Taiwan FactCheck Center; fake-news makers are using footage from a February 2022 climate policy demonstration held by the activist group “Fridays for Future” in Austria, in which protestors pretended to be dead bodies before they seemingly “came alive.”

The footage is being miscaptioned on social media by users who claim it shows “crisis actors” in Ukraine, accusing that actors are pretending to be victims in the Russian invasion, thus implying they are staged or fake. 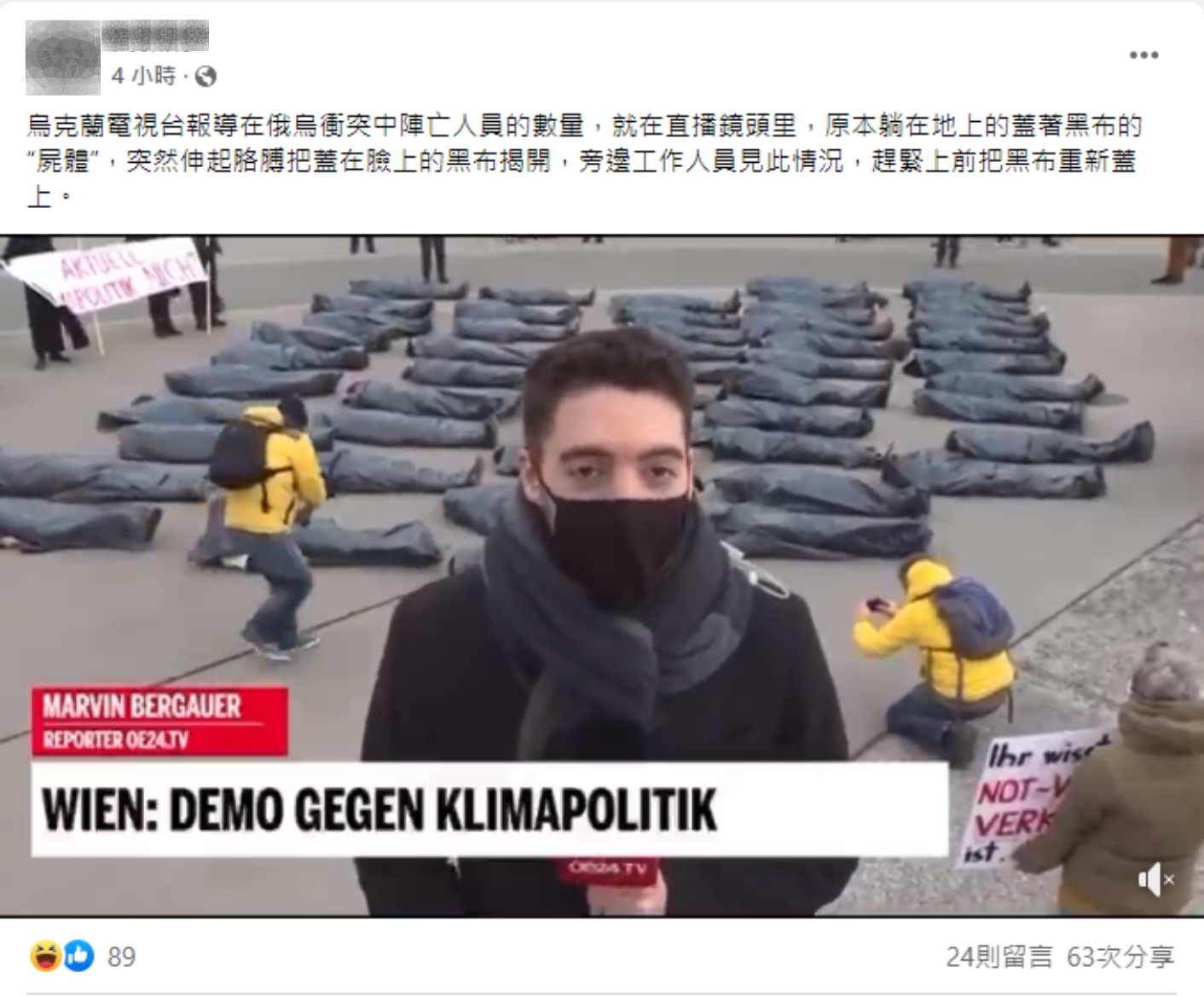 Screenshot: Social media post claims that the footage shows “crisis actors” in Ukraine, accusing that actors are pretending to be victims in the Russian invasion.

One example sharing a fabricated story about a CNN journalist allegedly killed in Ukraine amid Russia’s recent invasion.

The posts are claiming CNN shared a tweet about the man’s death amidst the ongoing crisis in Ukraine after sharing the same story during the Taliban takeover of Afghanistan in August 2021. 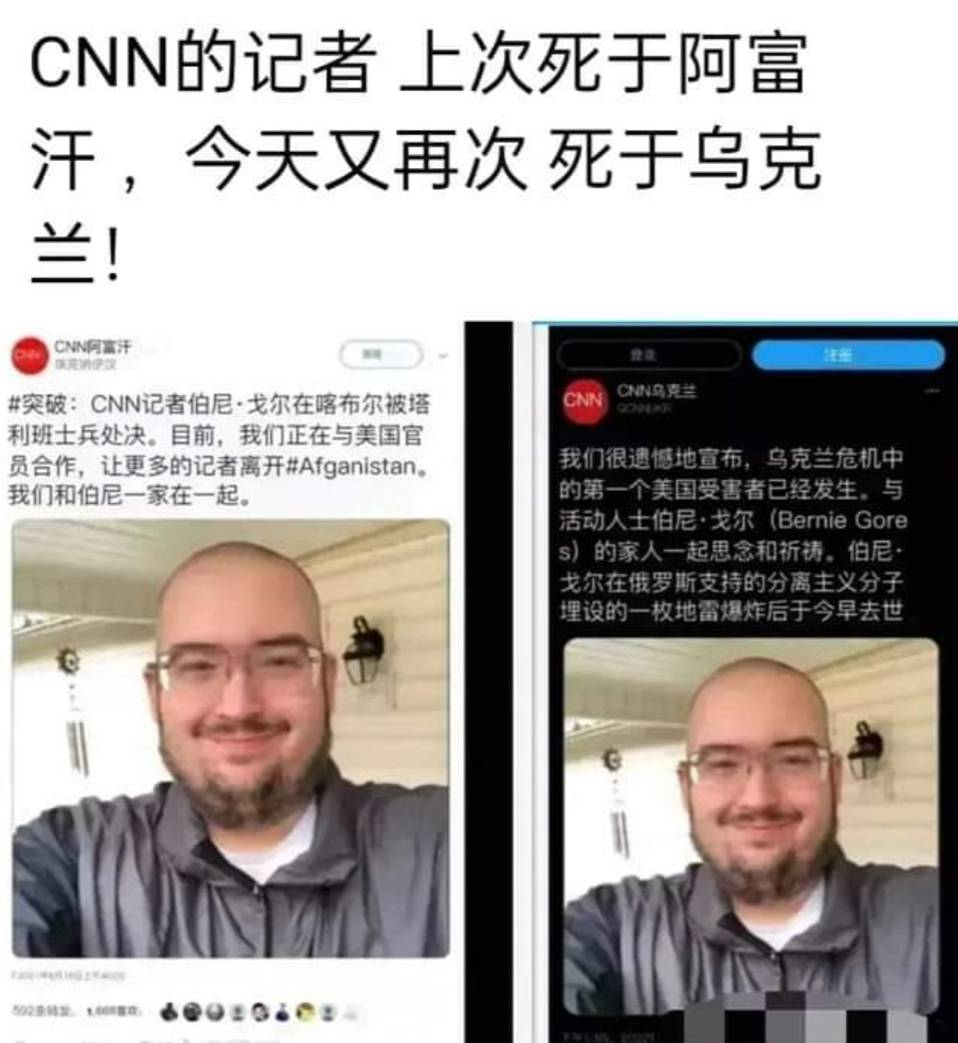 But no such stories were posted by the news outlet and the screenshotted tweets come from unverified Twitter accounts posing as CNN pages.

It later turns out that the so-called CNN journalist was actually a YouTuber called Jordie Jordan.

A third widely used measure is to discredit Taiwanese media for making fake news and of doing nothing other than following American news reports.

Such rumors focus on spreading half-truth fact-checks in accusing Taiwanese media of spreading disinformation in an attempt to make local media reports not trustworthy.

In sum, the main purpose of such disinformation campaigns is an attempt to confuse and overwhelm people with a variety of fake news, rumors, and half-truth fact-checks, so that they decide to give up reading related news altogether and ultimately give up finding the truth.

The best way for the general public to win over such disinformation campaigns is to always remember to continue to obtain information concerning the topics they care about via a list of credible sources they established and continue to cross-examine all related information and sources to make sure they have access to the truth.